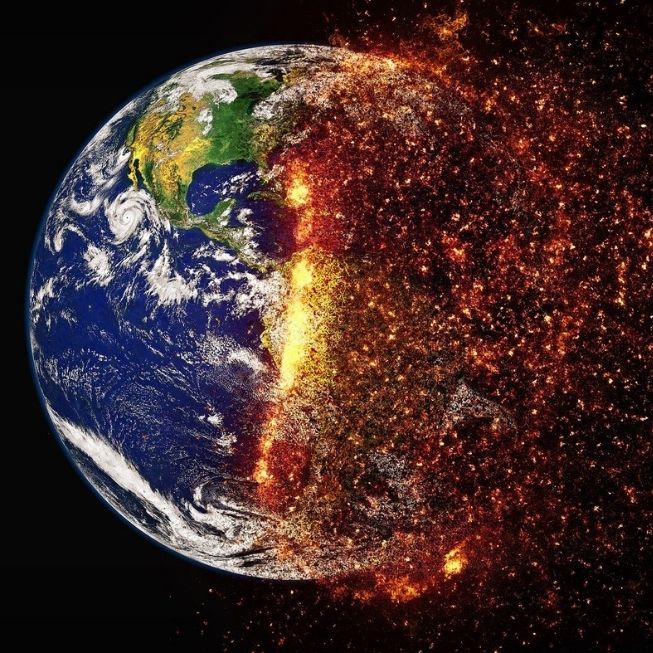 “The democratic system is still struggling to understand what hit it, and it is unequipped to deal with the next shocks.”

Around a year ago, we analysed the trends in global risk set out in the World Economic Forum’s Global Risk Report in this blog. It seems like an age has passed since then. The pandemic has turned the world upside down and 2021 started off on a particularly bad note in Spain. I’m referring, of course, to the havoc wrought by Storm Filomena.

In our previous analysis, risks deriving from climate change and natural disasters appeared to give the greatest cause for concern. A year later, the threat posed by the phenomenon and its potential effects remains present. But the report failed to identify pandemics as one of the main threats facing the world. Nobody saw it coming. The truth is that nobody was prepared. And nobody predicted the risk. This forecasting failure affected the efficacy of the global response, and we all know what happened next… This is the very bedrock of societal resilience: anticipating and tracking risks, mitigating them and preparing to neutralise them when they tip over into crisis situations.

The latest Global Risk Report 2021 casts the spotlight on pandemics… About time too!

In his book 21 Lessons for the 21st Century, historian Yuval Noah Harari raises the question: “Will the political system manage to deal with the crisis before it runs out of money?”. This appears to me to be a matter of pivotal importance. Harari also presciently highlights the current economy vs. health debate. Our future depends on the outcome of this debate and on carefully balanced policy.

Now let’s take a look at the trends in global risk for 2021.

For now, the solution to surviving this crisis lies in programmes like Next Generation, the green economy (certainly a wise choice) and technological and telecommunications development. It is here that risk rises exponentially and social inequality is liable to worsen beyond the North-South axis. As Harari notes: “Donald Trump warned voters that the Mexicans and Chinese would take their jobs, and that they should therefore build a wall on the Mexican border. He never warned voters that algorithms would take their jobs, nor did he suggest building a firewall on the border with California.”

All evidence appears to point to the fact that advancing digitalisation will exacerbate the knowledge gap within societies. This will crowd a significant proportion of the population out of the labour market, where they will be replaced by automation, algorithms and large corporations. As a result, economic growth will be unequal and benefit only the few.

The situation will only be worsened by AI, which, according to Harari, is set to substitute humans in what were until now exclusively human capabilities. Actually, an AI could already write this article itself to an equal or even higher standard.

A global solution to a global crisis

Against this backdrop, we are facing a severe global crisis which has been accelerated by the pandemic. A global solution is required to reflect the fact that global society operates as a single civilisation in the modern world. According to multiple scientific reports, the pandemic was triggered by the destruction of precious ecosystems. In the coming decades, the human race will experience an existential crisis. Homo sapiens has become an ecological mass murderer, destroying not only ecosystems but also its own species.

The environmental challenge, which the Global Risk Report 2020 rightly identified as one of the most pressing issues facing humankind, continues to be of paramount importance in my view. To address it, we must look beyond the nation state. Will technological development bring a solution? Or, after 4,000 years of organic life, will it cause the apex of the pyramid to be occupied by inorganic life?

We must globalise the search for solutions because the stakes are equally high for all of us.

As Harari says in 21 Lessons for the 21st Century: “What gave Homo sapiens an edge over all other animals and turned us into the masters of the planet was not our individual rationality but our unparalleled ability to think together in large groups.”

Ethical communication – the key for brands

In this context of cooperation, communication is fundamental for problem-solving. Only by creating shared stories can Homo sapiens evolve and survive. No other species is capable of doing this. The power of stories is key to helping us out of the mess we’re in. But it’s important that this communication is purposeful, values-based, transparent and people-centred. Are companies ready for this?

A few days ago, Larry Flink, CEO of Black Rock, published his annual letter to other CEOs. In it, Flink emphasised the need for “companies to disclose a plan for how their business model will be compatible with a net zero economy.”  Among other points, he added: “The more your company can show its purpose in delivering value to its customers, its employees, and its communities, the better able you will be to compete and deliver long-term, durable profits for shareholders.”

The main risks according to the 2021 Global Risk Report

Extreme weather, failure to stop climate change, environmental damage and failure of cybersecurity are clear threats facing us in the next 10 years. But the biggest threat of all is infectious disease. This is followed by environmental risks, weapons of mass destruction, debt crisis and breakdowns in IT infrastructure.

The short-term consequences include employment and subsistence crises, widespread disillusionment among young people, digital inequality and economic stagnation. These will come in addition to man-made environmental damage, eroding social cohesion and terrorist attacks.

In the next 3 to 5 years, economic threats such as asset bubbles, price instability, commodities shortages and debt crises will be particularly acute. Other threats include geopolitical risks, including interstate conflict and relations, and resource geopoliticisation. Weapons of mass destruction, adverse effects of technology and the collapse of states or multilateral institutions are also present among the trends in global risk for 2021.

COVID-19 has had a clear impact on trends in global risk for 2021. The coronavirus has accelerated the Fourth Industrial Revolution, boosting e-commerce, online education and remote working. Although these might appear to be positive developments, they are not free from risks such as ‘digital inequality’. This is a critical threat in the short term, according to the Global Risk Report. Remember what Harari said in 21 Lessons for the 21st Century?

The report states: “A widening digital gap can worsen societal fractures and undermine prospects for an inclusive recovery. Progress towards digital inclusivity is threatened by growing digital dependency, rapidly accelerating automation, information suppression and manipulation, gaps in technology regulation and gaps in technology skills and capabilities.”

Climate change and pandemics as threats to nation-state models

To end, it is important to consider the combined impact of climate change and pandemics. The report explains:

“Responses to the pandemic have caused new domestic

marked by ‘interstate relations fracture’, ‘interstate conflict’ and ‘resource geopolitisation’—all forecasted as critical threats to the world in three to five years.”

Despite the risks discussed, the Global Risk Report also hints at a more hopeful outcome. “With governments still deliberating how to pivot away from emergency to recovery, and with companies anticipating a changed business landscape, there are opportunities to invest in smart, clean and inclusive growth that will improve productivity and delivery of sustainable agendas.”

It’s time for us to heed the Black Rock CEO’s words and create our own stories with a clear purpose and a people-centred philosophy. 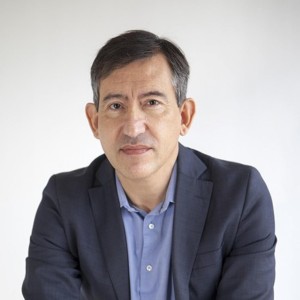 Managing Director at Señor Lobo & Friends. With more than 23 years in crisis and emergency communication, he is one of the country’s leading experts. He was crisis director at LLYC and press officer for 112 in Madrid during 11M.